When an introverted bellboy meets a super-cool female space pilot, he’s convinced to quit his day job and attempts to open his own hotel...on Mars.
Link to Story

Original Spec-Pilot based on The Blues Brothers
Link to Story

Adult Comedy about the most famous R&B Soul singer no one has ever heard of.
Link to Story

My Dad The Wrestler (Pilot)

Three Sketch Comedy Samples, including a parody and character pieces
Link to Story

His videos have been viewed by over 25 million people and featured by The Huffington Post, Forbes, A.V. Club, Buzzfeed, The Chive, Break, Reddit, eBaum's World, and Nerdist.com and was a staff writer for the CBS Diversity Showcase. Some TV credits include Curb Your Enthusiasm, Community, and Comedy Central (he apparently has a thing for the letter C).

Keith also has extensive improv and sketch comedy experience in writing-performing-directing live shows for the Upright Citizens Brigade Theater, Comedy Central Stage, Second City, Pack Theater, Nerdist Stage, Chicago Improv Festival, San Francisco SketchFest, and iO West (where he co-created the sketch comedy program and was a member of one of the longest running teams, Brute Squad), as well as overseas in Japan, China, Thailand, the UK, and France.

He currently holds the Guinness World Record for Longest Continuous Improv Show at 150 Hours (yes, that’s 7 straight days) and has taught workshops on creativity for executives at Netflix, Walt Disney, and NBC through the improv school he founded, Improv-LA.

When he's not writing or globetrotting, you can find Keith hanging out at the World Famous Magic Castle where he is a member. Find more of Keith’s work by viewing the links below or visiting his Youtube channel. 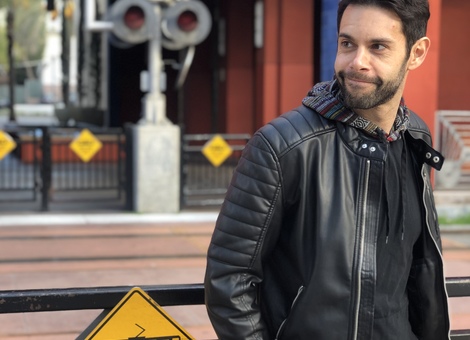